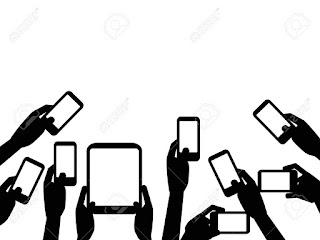 I cannot believe that it has been 3/4 of a year since my last post. My life has become a whirlwind named Stevie. He's 17 months old now, still not sleeping through the night, running everywhere, climbing everything, and as exhausted as I am, it's exhilarating at the same time. To have wanted and waited so long, and then to be given this magical little creature -- it's indescribable.

But there is life aside from crazy toddlers, yes? And currently it is enmeshed in political turmoil and media overload (both traditional and social). I had to step back. I used Lent as the reason for removing myself from Facebook for several weeks but the truth is, I couldn't stand myself anymore.

After very little, and quite sporadic, sleep, I would awaken to a cranky child pulling at me to carry him while I fixed my coffee and his breakfast, and we would sit down to eat at the breakfast table where he refuses food unless he watches a video of some sort on YouTube (hey, whatever it takes.) On the second window, I would be scrolling. At one point, I had 1100+ 'friends' on Facebook and had pared that down to a mere 700. I now stand at 550. Let's be honest, nobody has 550 'friends', right? So there I scrolled, through an endless sea of food pictures, kid pictures, political rants, political memes, 'fooled you' videos, screaming goats, and so much more, but so little at the same time. And I realized (as my toddler pulled at me, because now I wasn't on the computer while feeding him anymore, I was walking around the house glued to my phone, begging carpal tunnel with my thumb and finger blooping scroll, scroll, scroll...) that I had had enough.

I don't really care what someone else made for dinner because they didn't make it for me, I wasn't hanging out with them, and I know nobody cared what I made for dinner no matter how good my Instagrammed photo of tuna casserole looked.

I didn't care whether the news was fake or real because the lines had become so blurred, so skewed, that I just wanted to pull my eyes out.

Yes, your kid is cute. Yes, my kid is cute. But I was wasting so much time with my phone in front of me trying to take the perfect picture and post it so you could see just HOW cute he was, that I wasn't enjoying my time with him. I was upset with him for moving while I tried to take a picture. Of his cuteness. Because he was moving, cutely.

And it occurred to me that, a decade ago, two decades ago, three decades ago -- life was so much different. I'm not saying it was better or worse, it was just different. I remember saying a few years back that if I ever DID have a baby, he wouldn't be playing with my phone or a tablet or watching TV all the time. I remember looking at people in restaurants on their phones next to their spouses thinking how disrespectful it was, and where did romance go, and what could possibly be more important on that phone than the person in front of them?

Our disconnect has gone so much further than being absent physically from our loved ones. Technology bridges a gap between those overseas and across countries, but it creates a rift in front of those we are right next to, or want to be right next to, day and night.

I thought sure I'd miss it -- I'd want to scroll everyday, wondering what I was missing out on, what comments I could be making, what pictures I could be posting, what funny or tragic thing was happening that I wouldn't be privy to right away.

I looked at the sky today. It was still up there, where it's always been, beautiful shades of grey and blue and white, tiny skyrocketing drops of rain pelting my face intermittently while I went to get the mail. I stared at the budding flowers bursting through the damp soil near the house, and the birds flitting from branch to branch debating whether or not to take wing because I was so near. I looked into the eyes of my toddler, and he smiled and kissed me, and was so much less fussy than usual as we shopped, and played, and ate breakfast. I read something REAL. I visited the library, ran errands, listened to music, read some more. And look -- I wrote! I actually wrote something for the first time in so many months I wouldn't even have been able to recall if it hadn't been right there in front of me when I logged in.

And I think about the people who didn't look at the sky, or the rain, or the plants, or their children and I'm telling you -- I don't miss it.

Stephanie
Posted by SJS at 2:03 PM