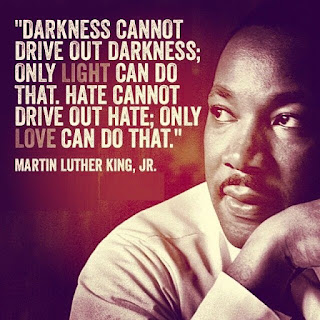 One of my readers asked me to write about the body of Christ, and how we are all a part of that. It's hard for me, because I try to keep this blog as non-"religious" as possible. I will admit that I'm a Christian (don't you just love how I said that like it's a confession, because so many people that say those words treat people in ways that contradict its very nature?) I'll admit it, but then I'll also be quick to tell you that I'm NOT innocent, that I'm NOT judgmental, and that I'm NOT the one with all the answers. Or any of them, most of the time. Just some ideas here and there. And right now, there are so many ideas swirling around in my head, it's like the movie Twister.

People are murdering people. And I don't understand why.

Yet, I feel like we're stuck in this endless loop right now. A loop of hatred, of retaliation, of revenge, of bitterness, of mistrust, of betrayal, of despair. It's deja vu. I've written this before because I've felt this before because this has happened before.

For those of you who consider yourselves Christians, we are to be the body of Christ. He did not judge, he did not show partiality, he did not kill. He loved, and he gave, and he healed, and he taught, and he was killed for it. Sometimes, you do absolutely nothing wrong and you're killed for it just because someone doesn't like who you are, even if you're the savior of the world.

The Jesus you think you know doesn't look like those pretty white boy pictures you see in your churches. He wasn't a white, long-haired, clean-cut guy with a pretty white robe. His skin was probably just as dark as most of the people in those neighborhoods where you drive through and lock your doors.

Romans 2:11 and Acts 10:34 both say that God does not show partiality/favoritism. Jesus talked to the Samaritan woman at the well, offering her living water, when Jews didn't speak to Samaritans, much less male Jews to Samaritan women. Jesus railed against hypocrisy in Matthew 23 for pretty much the entire chapter, talking about how those in power weren't the special snowflakes they thought they were.

What can we do?
What can YOU do?