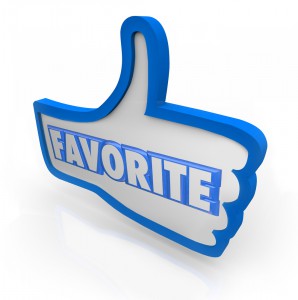 There's a longstanding joke with my cousins that each of them is my favorite cousin. Of course, I don't HAVE a favorite cousin (*wink wink*) but it's fun to tell them all that and watch them fight over it. Granted, we do this in a joking way, just like when my grandfather told all of us that we were his favorite grandkid as long as none of the other ones were around (spoiler alert: it was actually me, I'm sure.) But isn't it funny to watch different groups of people who think they're the 'favorite' get all bent out of shape when they realize that there's no such thing?

Let me back up.

We live in a country where the straight white male has traditionally been, and is still, more privileged than any other gender, race, or sexual orientation. He often will vehemently deny this thinking that, because it's 'not his fault' things are this way, that inherently makes them NOT this way. But they are. They are this way. And any single step toward a change in this realm is fraught with systemic upheaval from the very beginning. Giving women, or African Americans, the right to vote? Pay equality? Allowing for the idea that the gender you are physically born with might not be the gender you identify with? Giving same-sex couples the right to marry? Putting socks and shoes on women, letting them out of the kitchen or the bedroom or... you know... the cave... and into working society? Educating people of other races? Drinking out of the same fountains!? *gasp* All have been met with fear, confusion, rebellion, sometimes violence and death, negativity, shame, horrific words that can never be taken back, and for what?

For the sake of someone who is not straight and white and male having the audacity to think that they deserve equal treatment?

These are some of the issues we'll be tackling coming up soon and from both a secular and a spiritual standpoint. The mantra we've always taught our children is the same as I will impart to you here, dear reader:

Nobody is any better than anyone else, for any reason, in the eyes of God. Therefore, nobody should be treated any better or worse, for any reason, at our hand. The way we treat others is a reflection of the way we feel about ourselves and our deity and, if we claim to be Christians, we should understand fully that whatever we've said or done to anyone else in our lives is what we have said and done to Him.

How would you treat Jesus if you found out He was a gay black woman?

How would you treat Jesus if you found out He was a transgendered Asian man?

How would you treat Jesus if you found out that He has no favorites, that He doesn't care what you do for a living, who you're married to, what color your skin is, what anatomy you were born with or how you identify with it, how you believe the universe came to be, or whether or not you believe in Him?

All he cares about is love. If you don't have that in your heart, then you have nothing.

Did I mention to stay tuned?