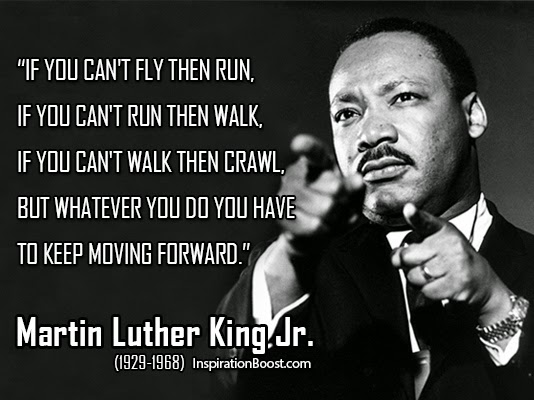 There are dreams we can't do anything about. My favorite dreams are the ones in which I'm flying. I'll be running as fast as I can across a long stretch of open land with my arms out, just like a little girl playing, and suddenly I'll lift up off the ground. Long, airborne jumps become a free-flying experience where I lift up over the treetops, looking down on buildings and people who are unaware of my sky-bound presence. The feeling is indescribable in words, but it's something I feel deep in my bones and I ache for it when I awaken from these dreams. They happen so seldom these days but, when they do, I'm filled with joy and excitement and I try instantly to fall back asleep to experience it for just a little while longer before coming back to reality. Because, in real life, I can't fly.

Then there are dreams we CAN do something about. Goals we can aspire to and achieve, desires we can build upon to bring them into reality. I'm not just talking about our dream home that we want to build, or a career path we want to follow in our schooling. Those, too, of course... but, more importantly, dreams that will change the course of humanity.

On August 28, 1963, Martin Luther King, Jr. gave his infamous "I Have a Dream"* speech which, as yet, still cries out to become a reality. Every time I feel like our nation is making headway, or that the human race is becoming more civilized... more human... another disappointment comes along to throw a wrench into things.

You've probably heard the 'I have a dream...' part of the speech a hundred times, so often that you've forgotten what it even says. But how about this gem?

And so, in 2015, I cannot stress enough the urgency of 'Now', just as Martin Luther King, Jr. did in 1963. Change doesn't just magically happen. Gandhi said to be the change we wish to see in the world. Have you been treating someone as 'less than' because they are different from you?

Have you been feeling superior to a group of people because you think you worked harder to be where you are and it's their own fault for not doing what you did?

Have you been assuming that God puts favor on you because of your belief in Him, that He hears your prayers before others because of the works you do on His behalf?

I can't fly. But I can write. And maybe, someday, words will change the world.

*Click on the link to read the entire speech, and happy Martin Luther King, Jr. Day!
Posted by SJS at 5:47 PM