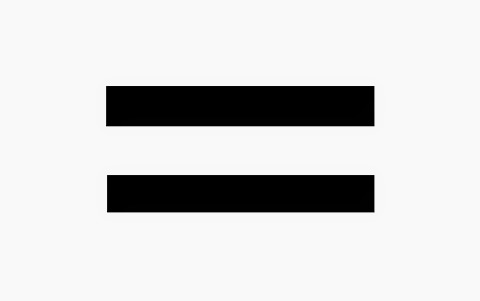 Something tells me not everyone is going to like this post. But something also tells me not to care, because truth needs to be spoken (well, written) and I can't just sit around waiting for someone else to write it. A lot of blogs and articles have hit on different places in my heart, dancing around describing what equality means to me, wandering nearby how I believe God feels about His creatures. But nothing has quite nailed it yet, so it's time for me to speak up.

I don't care who you are. God doesn't love you more than He loves anybody else.

Here's what He cares about:

This world, man. I get so desperately angry I just want to cry. I spent the week in Massachusetts with my mother. I toured Salem, where women were persecuted and hanged for witchcraft by people who thought they were better. I toured Plimoth Plantation where we were shown how the Pilgrims came into the Wampanoag's land and treated them like objects, taking some back as slaves, asking if they could 'have' some of them as gifts, as if a human being could be a present to another human being, because they thought they were better. I toured Provincetown, where the 30th Annual Women's Week filled the streets with same-sex couples in a place where they felt safe, where a door to a church read 'Celebrating Ten Years of Marriage Equality in Massachusetts' and I was moved to tears because that's something SPECIAL, something RARE... it's not the norm. The norm is persecution. The norm is hatred or intolerance or misunderstanding at the very least. The norm is, "Well, we'll think about possibly voting on offering you the rights that everyone LIKE US has already," because they think they are better. Then I sat at a marching band competition where the people behind us were making fun of Asian people and Asian culture because they think they are better. And then I came home to watch an episode of Parenthood with my family where a young half-African American boy hears the "N" word for the first time, and his black mother and white father sit together to explain it to him and my heart just breaks.

My heart breaks because I think to myself, "HOW? How can people ever even come up with the notion, the concept in their heart or their mind, that they are somehow superior to any other human being for any reason? ANY REASON AT ALL!?"

But we're surrounded by it. And, so often, it's in the name of 'Christianity', and that just burns me all the more. Christians should know nothing but love. They should exhibit nothing but love. They should be the first ones to stand up for the downtrodden, the first ones to care for the brokenhearted, the first ones to stand up and say, "This persecution is not right." Whether it's slavery, whether it's withholding marriage/benefit rights from someone because you think a passage or two in an ancient book dictates how we should manage everyone's lives today, I've just got to encourage you to FINISH THE BOOK. Read the REST of it. Because, if all you can see is a few random Levitical laws out of context, without knowing the audience it was speaking to, without knowing the bigger picture, without learning about what Jesus really meant for all of humanity, then you can't very well call yourself a Christian. You can call yourself a person who has picked and chosen some verses to back up their own bigoted beliefs, if you like. You can call yourself a sometime scholar, a fair-weather fingerpointer... but you can't call yourself a Christian and give people who really, truly live and die by the love of Christ a bad name.

I mean, you can... and a lot of people ARE... but, well... you shouldn't. It's deceitful. And there's quite a bit against that in them there books, too.

You want something to focus on? Focus on this:

Because that's the only thing you can do in this life to get it right.