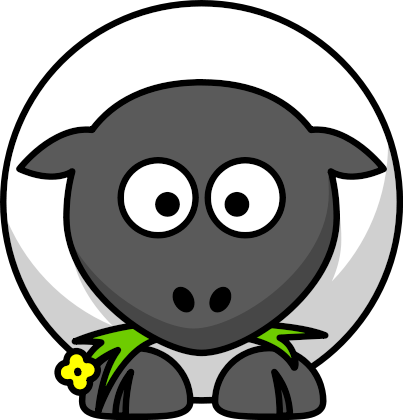 Well, I feel sheepish. Once a month is just plain unacceptable for blogging, and I apologize profusely. I have plenty of explanations, but no real excuses. Life is busy, you know? Working three jobs, starting up the ministry with Andie, directing a show at the Opera House, plus trying to spend time with family as much as possible. Sometimes a hot bubble bath is the most I can manage for 'free time'. But here I am at work playing a mindless video game and it occurs to me... you should be writing, woman. That's your whole purpose in life.

We're working on getting the second half of our grant money from The Pollination Project which should come soon, as we've sent the report of what we did with the first half. We've raised a little over a thousand dollars on our IndieGoGo campaign and have just over thirty days to raise the other nearly NINE thousand that we'd like to start with. We were on Fox 28, in the Elkhart Truth, and are all over social media right now which is fantastic, but we're antsy to get started with the actual project at the end of March (coincidentally right after the show I'm directing, COMPANY, is over!) Our tax returns are due back soon so I'll have a little bit of breathing room in the work arena. My husband's on the dean's list at school (yes, yes I WILL brag about him, thank you very much) and we're all right where we need to be, doing what we need to be doing.

I realized today how much I really miss GOING to church. We used to go on a regular basis. We still 'go', we just watch it online at home. Sometimes the wifi's wonky, sometimes the feed is not so great from the source, sometimes it's too cold to leave the house, sometimes we're just lazy. But, to me, there's something about being in that great big room with the lights dimmed and the music playing where I feel like I don't have to answer to anybody but God, and that's the way I want to feel all the time. I'm sick of having to be 'ON' all the time. I'm a human being. I'm flawed. I make mistakes. I do stupid things, I say crap I shouldn't. I hurt people, I offend people, I make snap decisions that I can't take back. But this is me. I'm ME. And Dr. Bob reminded me today that there's only one Being who loves with the kind of love that overlooks all of that ALL of the time, and that's God. (Believe me when I say that my husband's a pretty forgiving, amazing, loving human being, but I know I get under his skin sometimes even when I don't mean to, so I can't fault him for being frustrated with me at times. Probably even God's frustrated with me at times!) Anyhow, I'm rather hoping that sometime soon we get the chance and the gumption to get into the building for church, even if it's just once a month. It would really be great if this weather would disappear and the pretty little melty rivers in the middle of the streets would  begin.

I just finished reading the bible for the fifth time in a different translation again, and it was my favorite time through (The Everyday Life Bible, Joyce Meyer devotional edition, given to me by said awesome husband for Christmas 2012). My intention was to finish it by 2013 Christmas, but a month and a few days later's not too shabby. This year, I'm going back through again (not the whole thing) but really studying what Jesus Himself had to say, highlighting all of my favorite verses, and spending more time on individual verses in context. I get something new out of it each time and that's the whole point, really. We're never going to totally understand it, or 'get' life, or figure out our purpose completely but the Journey to it is what counts. Learning, growing, loving each other along the way.

I'm so blessed I forget sometimes to thank Him for it because I just take it for granted. I gotta stop those shenanigans. I might not be making the big bucks, but He's sending us enough to pay all of our bills, keep a really nice roof over our heads, have our daughter in a good school system, allow my husband to be a full-time student, have me start a ministry with my friend, and provide us with the luxury of heat in this ridiculous frozen tundra of late. I can't ask for more, and I wouldn't want to.

Let's see how long it takes me to write again, huh? Facebook me and tell me to get off my butt. I have no excuse!