There Was A Time

If you're a Les Miserables fan, you just sang that in your head and then kept going with "...when love was kind." That's not how I envisioned it, but having been in Les Mis this past summer, I sang it in my head even as I typed it.

What I was going for, however, was that there was a time when I was an inspired writer. When I felt like I produced good, solid writing. Most of it was passionate and, at the end of the day, I'd see what I'd written and give it a nod of approval. I don't often feel that way anymore. Most days, I don't even bother. 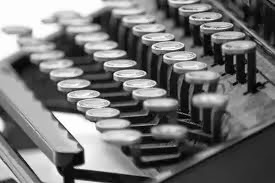 Looking back not at the blog but at my life, I am shocked that I've become the person I am today. I don't mean that in a negative sense; on the contrary, I feel much better about myself and how far I've come than I ever expected I would. I spend a lot of time talking about God and trying to show people a better way of life because that's how I got this far, but I never really dig into the nitty gritty details (nor should I, in a public forum) of who I once was versus who I am now. Suffice to say that, had you known me a decade ago, you wouldn't be reading about my life, wouldn't be taking my advice, and would probably be talking badly about me behind my back.

Evolution: Any process of formation or growth; development.

The process of evolution begins when a body is not suited for its environment any longer. Small changes occur gradually and, eventually, there is a transformation. Anyone who says they don't believe in evolution is an idiot. Evolution happens every day. It happens in our attitudes, our speech patterns, our habits, and our thoughts. I was a horrible person for a long time. When I suddenly realized that I was not suited for that environment, I didn't change overnight. The person you see (or read, I guess) here today evolved gradually from that horrible person more than ten years ago.

Has my writing evolved? Yes and no. I believe the same level of ability is there (though I'll admit it's dormant from time to time), but the attitude and direction has evolved into something much different. I used to write for me. Now, I write for you. It's why I feel guilty when I don't write as often as I 'should'. It's why I look back through and edit, to be sure the message is what's best. It's why I spend more time trying to find just the right picture to go along with the message than I do writing the message. It's why I call it a message instead of a blog. I've always hated the word 'blog'. It sounds unprofessional. But here's a newsflash, writer-lady: you're not a professional. Sure, you've written books and articles and been paid when they're published... doesn't that make you a professional? No. If writing were my profession, I would be a professional writer. (Now I've gotten to the point where the word 'professional' doesn't look right. Ever typed or written something so many times in succession that it just seems weird?)

My blogs used to be more organic. They weren't scripted or honed or laden with angst on whether or not they were 'just right', and that was the beauty, I think. And I find, looking back, that a lot more people commented on it. That's what I want. I want feedback. I want conversation. I want to be a part of your lives and I want you to be a part of mine. Not for any self-involved reason -- just because I feel that we're supposed to connect. The only thing I've ever truly wanted to do in life is to write. There's something wrong when I no longer feel joy in doing the one thing I've ever truly wanted to do.

This almost feels like I'm breaking up with you. I'm not. I love you people. I love you for reading, whether or not you agree with my sentiments. I love you for responding when you do, though I haven't given you much reason to. I'm just taking the time to explain why my posts may start to look a little different in the near future, and hoping you'll stay on for the ride as you always have. I know, I know... every year when it gets close to the New Year, I mix things up or I have some new thing going on, it's true. But, I'm still me, you're still you, and we're still here together, walking hand-in-hand on this journey.