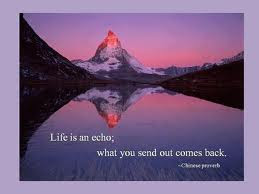 I was never very much into superheroes.  (I know, big gasp coming from the crowd -- I totally fit the 'She's-Into-Superheroes' bill).  But it just wasn't my thing.  Even lately, I'm not into all the superhero movies.  I read Archie comics, Fright Night comics, Strangers in Paradise graphic novels.  I loved horror movies.  But I couldn't ever figure out what the hype was about superheroes.

I'd love to be able to fly.  I used to have these fantastic dreams about flying... I'd be running really fast with my arms outstretched like a bird and then I'd just float up in the air.  I can close my eyes right now and feel that feeling: wind in my face, swooping down toward the ground only to hop back up and fly up over a tree and land on a rooftop.  I mean, it's so real it's as if I'd actually done it in the past, not just dreamed it.  I would wake up and spend most of the day dejected that it had been a dream.  And, sometimes, on a bad day, I'd stand alone in the breeze on campus, at home, after work -- and wonder what if? What if I had the power, right now, to do something absolutely incredible?

We do, you know.  There lies within each one of us the potential for greatness.  There are many avenues that lead to that greatness but I can guarantee you that the crossroads of greatness is always negativity.  You'll come to a standstill and have to make a choice: the negative route or the positive route?  Though choosing one might take you a long time to achieve what you want, choosing the other will guarantee that it will never be achieved.

There is great power in positivity.  When you're giving off a good vibe, people want to be around you.  You're cheerful, they're cheerful.  You're laughing, they're laughing.  If you smile at a stranger for no good reason in the store, nine times out of ten, they smile back.  They might not know why you did it, but it brightens their day for just a moment because you're exuding positivity and people like to be around that.

There is also great power in negativity.  When someone shoots you an angry look in the grocery store, it might haunt you the rest of the night wondering what their problem was with you.  When someone is cranky, it can bring down your good mood in ten seconds flat.  When you sit at a delicious dinner with a negative person who does nothing but complain about their food, the service, what they had to go through to get there... it sucks all the joy out of the occasion. 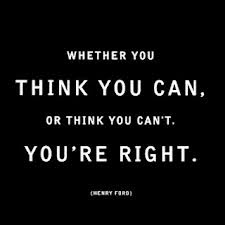 So the next question is this: what can positivity accomplish that negativity can't? Pretty much anything you set your mind to.  I've been plagued with a negative mindset most of my life until I realized that I was the one setting loose the plague.  If you don't like your mind, change it.  If you don't like your attitude, choose a different one.  If you're not able to achieve goals you've set it's because you don't believe you can achieve your goals.

Proverbs 17:22 says, "A cheerful heart is good medicine, but a crushed spirit dries up the bones." The result? Positivity heals, and negativity kills.  It's as simple as that.  If we look at a situation as hopeless, it is, indeed, hopeless.  But if we look at a situation as something to be improved upon and muster the gumption and the faith and the hope to tackle it knowing that, if we work hard, it will become what we want it to be... then we've changed the end of the story.


It doesn't take a superhero to move mountains.

It just takes faith and a smile.