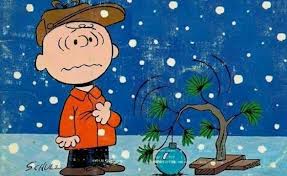 I've been called a lot of things in my life.  Quirky, different, special, gifted, a geek, a nerd, a *****, pretty, ugly, big-nosed, statuesque, talented, a lot more things with those little asterisks in them.  But, truth be told, I've always felt a lot like Charlie Brown.

If you watch the shows (or even READ the comics...), he's filled with anxiety.  He's a bit strange looking, just enough to be marginalized from the group.  He's smart, but overlooked.  He has a lot of emotions -- he desperately wants to be loved.  He wants things to have meaning, to not be commercialized.  He wants very much for people to listen to him, but they tend to ignore him or walk right over him to do what they want to do, even though he has good ideas.  From time to time, when he stands up for himself with a tiny bit of confidence, things work out.  He wants to believe in the goodness of the human spirit, so he allows himself to do it time and again.

And every single time, Lucy pulls the football out from under him and he falls flat on his back.

But do you know what the most important part of the Charlie Brown lesson is? He always gets back up and tries again.  He puts himself out there, he takes care of the ones he loves, he tries with all his might, knowing that chances are he'll wind up flat on his back again... he just keeps trying.

That's how I feel.

Granted, my path has not been so harrowed or so dangerous.  Most of the time, it's been small obstacles in comparison with many others in the world.  But my mountains are my mountains, and my valleys are my valleys.  They're fraught with their own difficulty, and I've overcome them all to be where I am today.  Which is still Charlie-Brownish, but I don't view that as a bad thing.

I'd rather be quirky and marginalized than be cruel and part of the in-crowd.  I'd rather be mocked for being myself than be praised for acting like someone I'm not.  I'd rather trust in the innate goodness of humanity and fall flat on my back than live my whole life in a pessimistic refusal to be involved. 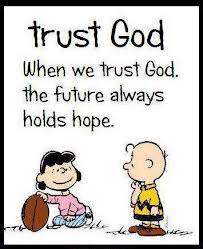