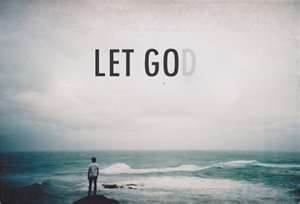 It's funny how my life always goes in circles, and the center of the circle is God.  It's like an orbit -- I'm scurrying around trying desperately to go my own way, but when I focus on my center and let go, He takes me on the orbit I'm already meant to be on, and everything falls into place.

Today, it got to a point where I just stopped.  I stopped trying to scurry, stopped panicking, stopped planning, stopped thinking... and just got on my knees.  I stayed there for a very long time and the first thing I said to Him is that I knew that was where I belonged.

It is, isn't it?  It's where we always belong.  Even if we can't physically get down on our knees, or we're not in a position to close our eyes, the bible tells us in 1 Thessalonians 5:17 to "Pray without ceasing".  I tend to pop out a quick prayer in the morning and try to get myself to fall asleep by praying in the evening, but it's rare that my heart is really in it.  Fast grace over a meal, rapid lists of blessings I want for friends and family.  But to spend real, heartfelt time in prayer?  Only when someone's on their deathbed, usually.  It shouldn't be that way.  It should be my way of life.  It should be 'my thing'.

One of my best friends is a prayer warrior.  In fact, I call or text her just to pray.  Sometimes I don't even tell her why.  I just tell her I need it, or someone needs it, and she's all over it.  He listens to her, too.  You know those certain people that just seem to be more in tune with Him than others?  There are times I even feel kind of jealous, but I know it's my own fault.  This is a relationship she's worked on with Him for many, many years.  What makes me think I can just try to jump right back into the orbit and have Him listen to me, too?

What good does it do if I ask Him to direct my life if I go the opposite direction?  It's like telling your GPS it's wrong.  I know, I know -- sometimes it IS.  Well, God's NOT.  He's always right, never fails, and knows way more than I can possibly even think of in my tiny, little, narrow-minded human brain.

I wholeheartedly STINK at giving things over to God, which is ironic because the few times I've ever succeeded at doing so, He's fixed everything.  (You'd think I'd learn, huh?  You'd also think my dogs would learn that the vacuum cleaner has never harmed them and will never harm them.  You'd be wrong.)

Look, sometimes humans can be just as stupid as the other animals seem to be.  (Most of the time, even dumber.)  But the truth is, I know inside that God can handle everything.  I know He's waiting for me to give it to Him so He can handle it for me.  Whether it's stubbornness or selfishness or arrogance, I always think, "I got this."  And then I don't got this.  But He does.  So I tuck my tail between my legs and go back to him when that's where I should've been all along.