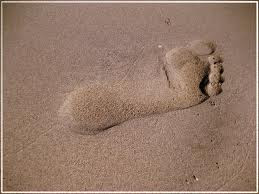 What? She's writing at night in the middle of the week? Something must be wrong...

Indeed, something is wrong. I'm thinking too hard, and that is never good for me.

My great uncle passed away on Monday, the day after I wrote the last blog. The day after I went to his house to visit. I could tell at the time that it would be soon, and, in fact, prayed for exactly that. His quality of life was gone, he could enjoy nothing here anymore and was on his way to the next world. He'd been talking to people who had been dead for years, which meant he wasn't really in this world anymore. It reminded me of my grandfather when he passed away, twenty years ago.

They were brothers, Steve and Paul. Paul was my grandfather and, had he survived, he would be 100 years old this August. He died 11 days before his 80th birthday, back when I was fifteen years old. I often wonder what I would be like as a person now if he had survived. Paul was the strongest spiritual influence in my life from a young age. I went to church every week as a child, and he was always there, without fail, passing out candy to the kids, gum to the adults, smiling and shaking hands. He always had prayer requests, always had testimonies of the blessings God had poured out on him and his family, of answered prayers and unexpected joys. When he wasn't working outdoors, chopping and hauling wood, watering the garden, feeding chickens, gathering eggs, or any of the other hundreds of jobs he found to do around his home, he was inside on the utility room sofa, near the stove, reading his bible.

It was the biggest bible I had ever seen and, to this day, it still seems pretty large -- it wasn't just because I was a kid. He had terrible eyesight, so he needed the large print, but I think there was something symbolic to that bible as well. It was the biggest part of my grandpa's life. Nights, he would fall asleep on his knees next to his bed. I'd hear him snoring in the bedroom, and peek my head in to see him: head bowed, hands folded, having so much to say to God that he just couldn't get it all out before his body wore out and he started to snooze.

I took one look at my great uncle Steve in his bed, and saw such a strong man, such a hardworking, family-loving, humorous, talkative, compassionate, caring person like my grandfather was, and not only did I remember what it was like to lose my own grandpa, I thought of how all the kids and grandkids of Steve's must be taking this, here, today in 2012. When you lose someone who is an icon to your family, your life is never the same after that. It's an incredible blessing that we had uncle Steve for 93 years, as his daughter Adrienne said on her Facebook page -- and he, like my grandpa, will be an incredible inspiration for generations to come.

Something strongly spiritual is stirring within me. Not like usual -- not the normal, "I want to be better" stirring. I mean sure, that's there, too. And not the "someone in my family just died" stirring, either. This has been coming for awhile. I am discontent. Not with my life, per se, but with certain circumstances. I feel that something, or many things, need a-changin'.

See what happens when I think too much? I get in trouble.

There is something specific I'm supposed to be doing. It involves writing, of course... but more than that. It involves helping other people, of course... but more than that. More than the two combined. And you must know what it feels like to have something -- a word, a phrase, a song title -- right on the tip of your tongue but be so intensely frustrated because, try as you might, you cannot think what it is, right? THAT is the feeling I'm having. I'm so close. I'm almost there. And I know that 'almost there' doesn't mean it's the end-all, be-all of my existence, and Life, The Universe, and Everything (42), and if I can just figure this out, everything will be perfect. No, it's none of that.

It's just the next step in the Journey. But I'm ready for it.