Stressed are the Peacemakers 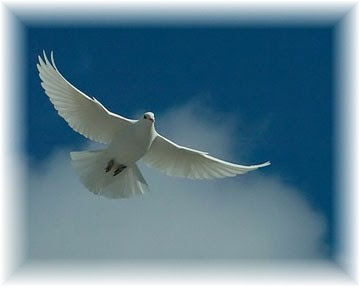 There's something inside of me that can't take tension. It's not that I'm afraid of confrontation, by any means. If I have something to say, I'm going to say it. I stand up for what I believe in. I don't usually have a problem conveying my emotions or my intentions. But when there's a rift between people -- be it myself and someone else, or two other people in my life and I am merely a bystander -- I take it to heart. Sometimes a great deal more than I probably should.

It eats away at me when I've said or done something to offend anyone, especially someone I care about greatly. If I hurt someone's feelings (even when I didn't mean to do so), I feel that hurt as well. Even if I'm still angry, or upset, or frustrated with them. And I don't feel that this is a character flaw, really. I'm not saying it's something I'm proud of, either. It just... is.

I have to step back and pray about things fairly often. Again, I don't think this is a character flaw. I think it should be our go-to solution for any situation, frankly. If more people stepped back and prayed about something before they went off the handle trying to 'fix' the situation on their own, the world would be a better place. I wish I did it more often. Most of the time, I rail right through trying to adjust the world like a television set. (For those of you too young to understand this simile, "adjusting a television set" was something you had to do to get it to come in without a snowy, fizzly screen...) I write letters to people telling them how I feel about a situation that they quite probably don't care how I feel about in the first place. I try to initiate conversation between old friends or family that haven't held conversation in years. I send Christmas cards to long-lost relatives that no one else seems to miss. I have this urge, constantly, to be... *gulp*...

Remember that movie, Stand By Me? Chris Chambers (played by the late, great River Phoenix, and God bless the Phoenix family for getting in on the 'naming our kids weird stuff' kick early) was described as a peacemaker. Oftentimes, to a fault, it seemed, he would step in and try to make two people get along. In the end, he died for it. (I don't even care if I gave away the ending... if you haven't seen that movie by now, you're not going to, but it was great. Great, I tell you.) I always thought it was a terrible tragedy that such a thing would get him killed. But, as I've grown, I thought -- there are probably few more honorable ways to go than trying to make peace.

It yanks my guts around like a fishhook sometimes. Especially when I can't piece the puzzle together and make things go the way I want them to, either for myself, or for friends or family. I sit back and look at situations, and I can see how they could so simply be fixed, "if only..." But my skills as a peacemaker aren't quite as honed as they need to be. Or, maybe they are exactly as honed as they need to be, and that's not really my calling in life, which is why it's so stressful. Hmm.

"Blessed are the Peacemakers, for they shall be called the children of God." --Matthew 5:9

What does this mean, really? Simply looking at the text, I'd have to disagree. Nobody has ever walked up to me and said, "Hey, child of God, can you get me a latte?" *insert drum rim shot*

I feel like it's a positive, at least. It doesn't say that peace has to actually be made. I don't think that's inherent in the definition. I think it's in the attempt. God calls for us to be reconciled to one another just as we're reconciled to Him through His son. He calls for us to lay aside our offerings to Him, and forgive and ask forgiveness of one another, before we come back. Peace is one of the fruits of the Spirit in Galatians. So, it's a pretty important factor in life, wouldn't you agree? So important, in fact, that by making that attempt, we shall be called children of God.

Jesus was a peacemaker. That was, in essence, His entire agenda on Earth. To reconcile us to God. He gave up His very life for that cause. It was certainly more of a struggle for Him than my daily life is for me. I spend an inordinate amount of time complaining when I could be directing that energy toward more important causes. More praying, more studying, more learning, more forgiving, more reconciling...

Psalm 34:14 says, "Turn from evil and do good. Seek peace and pursue it." If nothing else, at least I'm on the right track. I just have to remember that, in the end, the peace that is made is not mine. It's His. Just like everything else.

I'm just happy to be a vessel.