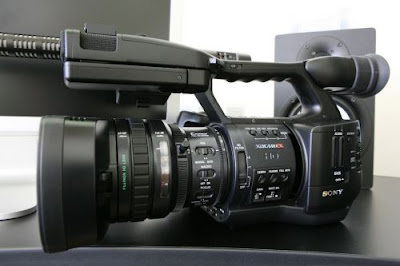 This is me, coming to you live from Cool Breeze Players' Club in beautiful close-to-downtown Niles, Michigan. Located in the historic Belle Plaza district (or that could be Bell Plaza, depending on which sign you're looking at), Cool Breeze is an internet cafe that offers free sweepstakes game where you can win cash. For instance, if you purchase $20 worth of internet time, you get 2500 sweepstakes credits, where you can play online games while you're here. If you win, you get cash. If you don't, you still have your internet time. Fun in the sun, my friend. Well, not in the sun -- but it is pretty bright in here, and there are free snacks and drinks. The atmosphere is pretty quiet today, so I'm catching up on some writing and other 'usual Sunday things' while I wait for people to come play. If you're reading this: come play. I'm here all day. Try it, okay? (Rhyming is fun -- yay!)

Then I had to wonder -- what would have happened if there had been this type of media around the time of the crucifixion?

I assume a travel crew of paparazzi would have begun following Jesus and the disciples shortly after he entered into his ministry. Maybe not right at the beginning, but when word started to get out about the healings, the driving out of demons, the dead being resurrected, the back-talk towards the Pharisees -- Jesus would have been a paparazzi's dream. I can't imagine that He'd be one for the showmanship, however. I believe He'd continue doing what He was meant to do, regardless of the cameramen that followed Him and His own crew around.

I can see Him standing on a hilltop, giving the sermon, crowds of people around Him like they were, but also an annoying nest of people snapping pictures, standing in front of cameras with Jesus and the multitudes in the background, saying inane things like, "I'm here live on the scene as Jesus of Nazareth, whom some are beginning to refer to as the 'Messiah', gives another homemade sermon. For those of you who aren't familiar with Jesus, here are some of his previous sermons." (Roll montage of Beatitudes, Parables, etc. with single line sound-bytes) "Here are some of His healings." (Roll clips of Lazarus being raised from the dead, a demon-infested man being healed and pigs running themselves off a cliff, etc.) "It is not yet apparent whether or not Jesus is actually the Messiah. All we know right now is, this is Jesus, and He is speaking. Back to you, Judas." Yeah, I inserted Judas even though He's still one of the twelve hanging out with Jesus at this point. It was for humorous effect. That's how I view the media. It's my own personal parable. Get it?

What's frustrating to me is that, in all of the hype, with all of the sensationalism, nothing real is being accomplished. You either know who these 'superstars' are, or you don't. No amount of musical montages or movie clips are going to bring the reality of their death to you if it's not already apparent.

"I'm here live at the tomb on this bright, Sunday morning. The body of Jesus of Nazareth, whom many have taken to calling 'the Messiah', was laid to rest last evening. His claims of late, that He was the 'Son of God', led to his crucifixion and entombment here. Our camera crew brings us this footage from early this morning -- (roll clip of stone mysteriously moving from front of tomb) -- as you can see, the stone was rolled away only to reveal an empty tomb. Where IS the body of Jesus? All we know for sure is, He was pronounced dead yesterday, placed in this tomb, and His body is missing. We do not yet know His whereabouts, or whether foul play is suspected."

I realize it sounds as though I'm making light of all of this but, in reality, I'm more impassioned by the lack of COMpassion in the world. Invading people's lives in their midst of their misery, broadcasting death and destruction, making sensational stories out of rape, murder, drug overdoses, infanticide -- it's sickening to watch the news each day. Fake looks of concern, and -- my personal favorite -- the old, "I'm here live..." when anything that actually happened there took place five or six hours before, so you're standing live at a completely empty location where nothing is occurring now, and wasting money traveling there and back, setting up a camera, when you could more easily and thriftily given us the exact same information (or non-information as the case may be) from the studio. This, my friends, is why I blog: I'm aware that I have very little of interest to say and that it's fairly belated in its informational value. I'm just humbled you show up.

Back to real life: we're getting a new (to us) sofa today, which is a great blessing because ours is really ratty and uncomfortable. Our oldest son is coming over for dinner tomorrow, which I'm looking forward to since we don't get to see him very often these days. I'm anxiously awaiting getting our tax returns which claim to be showing up in our bank account this week, and I can finally pay things off. I haven't had Mountain Dew in two and a half weeks. Michigan is currently beating Illinois in the basketball game I'm watching as I write. I like working here. And my mom just had her 39th birthday again yesterday, so I took her out this morning to breakfast with my little sister before work, and it was lovely. Though I'm full, that won't keep me from eating potato chips and having a Coke to keep my headache away. I had a killer one last night.

Stephanie Jean
Posted by SJS at 10:14 AM