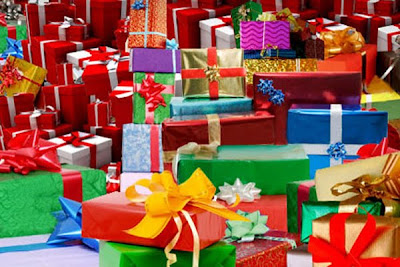 The last post was about Forgiveness. (In case you haven't read that one yet, stop what you're doing here and read that first. I'll wait. Go ahead. Ok, are you back? Great.)

This post is about Give-Ness. (See what I did there?)

Chances are, if you're reading this right now, you have internet access. Granted, you might be reading it at the library where there's free internet on the free computers, but most likely you're reading it on your own computer, whether laptop or desktop, or on your cell phone, or some other form of electronic wizardry. This means, by definition, you are not dirt poor.

There are people who are dirt poor. As much as I grumble and complain about customers that come in to my job and treat me as though I were inferior, this in itself says something pretty important: I have a job. I don't take that lightly. It's not a job I ever envisioned myself working, nor is it a job I foresee myself staying in for the rest of my pre-retirement years. However, with the unemployment rate being staggering at this moment, with friends of mine getting laid off left and right, with people on so many street corners with signs asking for work or money, I'll take what I can get right now. My car is over ten years old, has had a crack in its windshield since before I even met my husband. But I have a car. I buy my clothes at Goodwill. But I can buy clothes. I get my groceries at Aldi. But I can buy groceries. I have a plethora of blankets in my living room to ward off the cold because there aren't as many heat ducts in there as the rest of the house. But I have heat. I have running water. I have electricity. I have a roof over my head.

There are people who don't.

I'm not talking about third world countries, those devastating commercials they play on television and appeal to your more sensitive nature to please give them your credit card number, please sponsor a child, please help them survive their poverty and disease-ridden lives. That's horrible enough -- the thought that that sort of thing even exists breaks my heart. If I had millions of dollars, I'd sponsor thousands of children. But I'm talking about in our own country.

In our own state.

In our own town. There are people in our town, right now, this very moment, while we're online checking our Facebooks and emails and Twitters and whatnot, updating our status, posting pictures of our kids in various goofy settings in various silly outfits -- there are people right now who don't have a home. They don't have a bed, or a pillow, or a blanket, or a meal.

I'll fully admit that I'm jaded, and I despise that about myself. I hate that when I see someone asking for money on the street, the first thought that runs through my head is that they're not really poor. It's a ruse. They probably make more money standing on the corner in a few hours than I do at work all day. I hate that I think those things. Those things may or may not be true. But is that up to me to decide? If I have two dollars in change lying in the console of my car, is it really so important to me that I have to debate whether or not to give it to the person with the cardboard sign because they may or may not be telling the truth? What am I out, in the long run? Two bucks. What might that two bucks get that person if, in fact, they are for real? A coffee and a breakfast sandwich at McDonald's. A little warmth. A quelling of the hunger for a few hours. And how agonizing must it be to watch car after car drive by, likely shopping for something they don't truly need? How much faith in humanity, or faith in God, must these souls even have left when, minute after minute, hour after hour, day after day, we drive by and do

I have some experience with this, actually. When I was in college, there were two homeless men that sat outside of one of the dorms and asked people for change. I noticed them there a few days in a row, sitting, waiting, asking, waving, hoping. And even then, at 18, 19 years old, my more crass nature told me to steer clear. But one day I stopped. I dropped a couple of dollars into their hats, and then I sat down. Their names were Jeff and Randy. They had made a series of poor decisions in their lives, and they no longer had anywhere to live. They'd sleep in alleys, sometimes shelters if there was room. Sometimes a do-gooder would offer them a room for the night, but never enough to help them get on their feet. The next day when I packed my lunch, I made sandwiches for them, brought them over, sat down and ate with them between classes, and helped them ask for money. You would be astonished at the number of people who act like they don't see homeless people. As though "out of sight, out of mind" actually works. As though, if you look straight ahead and don't make eye contact, they don't really exist.

Jesus didn't say, "Hey, if you deem it appropriate and you have an overabundance of cash on a particular day, you should give a few bucks to the poor." He didn't say, "As long as you don't get too close, or anything, you should rustle up a box of extra clothes that you don't like anymore or that don't fit you so that you can give them to someone who will probably appreciate that ugly cardigan your grandma gave you six years ago." He didn't say, "Do some good things before you die, because that's how you get into Heaven."

He said, "For I was hungry, and you gave me something to eat. I was thirsty, and you gave me something to drink. I was a stranger, and you invited me in. I needed clothes, and you clothed me. I was sick and you took care of me. I was in prison and you visited me." Then the righteous will say, "... when did we do this for you Lord?" He said, "Truly I tell you, whatever you did for the least of these brothers and sisters of mine, you did for me." Matthew 25:35-40

Christmas is about giving for a reason. We received the greatest Gift imaginable, and we give gifts to others to honor that Gift. It's not about getting the coolest, newest, shiniest, awesomest gadget. It's not about who has the most presents under the tree. It's not about how much money we spend, or whether or not our wrapping paper color coordinates with our bows and gift tags.

If you're reading this, you can do something for someone that will mean something. You can help someone -- it doesn't matter who -- that needs help. You can offer the gift of money, or food, or time, or a listening ear. You can offer them the gift of encouragement, and prayer, and support of some sort. You can give. It doesn't matter who you are, where you're from, where or if you work, how much money you make or don't make, what church you go to or even if you go to church or even if you believe in God. You have the ability to give.

The only question left is: why wouldn't you?