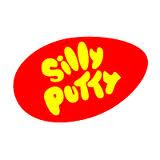 It's not that I have actual insomnia, which I know plagues tens of thousands of people. It's that I have ridiculous eating and sleeping habits that wreak havoc with my ability to fall asleep at a normal time in the evening. I heart caffeine. It's my oldest friend. I often tell people at the coffee shop that my grandfather used to put coffee in my bottle with half cream and sugar, shake it up, and give it to me. Then, near the age of four, my Dad started me on Mountain Dew. I prefer to think of it as a lifestyle, not an addiction. I have plenty of addictions, I don't need another one. At any rate, living on coffee and Mountain Dew, getting up at 6am on the weekdays, then sleeping in as late as possible on weekends -- it all makes for a difficult night. Plus, I like naps. Naps and caffeine. I realize I cause my own problems.

So, here I am, 12:35 in the morning, wide awake because I slept until almost ten, drank a cup of coffee and three glasses of Mountain Dew, took a nap, and did nothing pretty much all day long besides pick up and cash my check and write out checks to pay all my bills, leaving me with very little more than I'd started with at the beginning of the day. Michigan beat Ohio State for the first time since 2003 which was nice, but Notre Dame lost handily to Stanford which is disappointing, and Michigan State beat Northwestern which is annoying.

Our son wrote us tonight, which was nice. I was beginning to worry that he never wanted anything to do with us again. Granted, that's a fairly common teenage point of view, but it's a world of difference when you're the parent in the situation and not the teenager.

I think we'll put up our tree tomorrow after church and a quick trip to the mall to buy something for Christmas I can only buy at the mall. I can't tell you how much I hate the mall around Christmas. If we go tomorrow, maybe Steve can stay in the car and just pull around and pick me back up so we don't have to find a place to park. I've gotten quite a bit of shopping done online this year, which is great. I will have to find some time to actually do some real physical shopping, not just a zoom-in, zoom-out of the mall. Traditionally, that comes closer to the end of December. Unlike my dad, who shops on December 24th, I prefer to get mine done around the 22nd, or even as early as the 21st.

I do so love the day AFTER Christmas shopping, though. My mom, little sister, and I get up ridiculously early in the morning and get as much half price stuff as we can for the following year, and buy some items for birthdays later on in the season, and whatever decorations we think we might possibly need. One recent year, there was a horrendous ice storm and, though it took me over an hour on the toll road just to travel 20 miles, and though I fell flat on my back and cracked the back of my head in front of Macy*s, we kept calm and carried on. I remember thinking that the deals probably weren't worth dying over... but I've kept going back each year, so what does that say about my dedication to craziness? I can't do Black Friday shopping, though. I did it once. I was seventeen. I got claustrophobic and paranoid at the same time because too many people were way too close to me in an open space that was no longer open. I'm a very big fan of Cyber Monday, though.

There is no rhyme or reason to my ramblings this evening, and for this I apologize. I know you've come to expect more from me, and periodically I don't deliver. My mind is being pulled a million different directions right now. Work, kids, family, finances, friends... I feel like Silly Putty! Sometimes I'm stretched so thin I feel like I'm going to break. Other times, I feel pressed into something so I mold myself to it until it's over, then move on to the next item of business. Most of the time, though, I feel like I'm shoved inside of a hard shell to protect myself from the elements of the world.

Whatever the next leg of this adventure is, I'm ready for it. I'm tired of living in torpor.