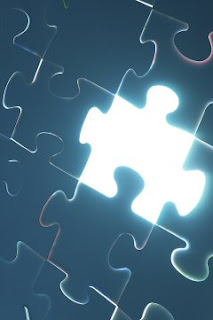 It started off as "A Year of Reinvention". It became "A Journey of Reinvention". The problem is, there hasn't been a whole heck of a lot of reinvention. I throw around noble ideas sporadically and then don't really do much to gussy up my life. It's not like I'm walking around beating up nuns or anything, but there's a lot I could suck up and change if I would just... suck it up and change.

You'll have to pardon me, bleach fumes are messing with my head. After getting back from Vegas, I did a good sit-down-and-write-stuff list (because it makes me feel good to sit down and write stuff), and one of the things on the list was the remove the stanky mildew from the bathroom. We have no fan in there (which we should with a small bathroom and five people living here), so the humidity plus the extra hotness from the water, etc. really does a number on the bathroom walls and ceiling. I used Tilex with bleach, which wasn't that bad (it didn't do a perfect job, but pretty good)... the problem was, I got distracted by the non-whiteness of the bathtub and walls while I was doing the rest of the bathroom, so I moseyed into the utility room to get the bleach. I straight-up bleached the walls in the shower, the tub, and apparently the cilia inside of my nose. And maybe part of my brain, I'm not sure. If I ever have to have some sort of neurosurgery done, be sure and have the doctor check to see if at least one hemisphere of my brain is particularly crisp and gleaming.

Where was I? Ah, yes. Fixing myself. I spend a great deal of time thinking about fixing myself, talking about it, writing about it, praying about it, and most of the time not actually doing it. I have lofty ideas of how to fix myself (and how to fix most other people, too, if you ask me). But I keep forgetting the cardinal rule of self-improvement: I can't do it by myself. All the list-making, exercise, meditation, or working in the world will not improve me. Only God can improve me, and only if I want to be improved. Sounds like a cliche. (How many counselors does it take to change a light bulb? Only one, but the light bulb has to really WANT to change...) (That reminds me, I have to buy a new light bulb for my night light. Yes, I have a night light. No, I'm not scared of the dark anymore. I like to read when I try to fall asleep. [Okay, sometimes I'm scared of the dark, but only when the dogs are looking up and in the corner like they see something there that I don't.])

I'm pretty sure I might be one of the most envious people on the face of the planet. And frankly, I'm sick of it. I don't really want to be anyone else. No matter how easy they might have it on the surface, everyone has their own problems. If I had millions of dollars, I'd probably screw up my taxes when I did them anyhow, and then get thrown in jail, and the IRS would take all my money. Yes, I would do my own taxes if I were a millionaire. Because I like doing them.

Today was the first day back at work. I kept as positive as possible, which, in the course of the day, certainly was more than before I went on vacation. The irritating people were seemingly less irritating, which was nice. I realize that's just a matter of perspective, and I need to have the right one more often. A positive perspective.

Some things that I really want to do:

Finish this novel (140 pages thus far) and publish it
Learn American Sign Language
Have a bonfire and roast hot dogs and make S'mores
Get a newer vehicle (or at least fix the evil wheel bearing in mine)
Re-do the basement (paint, carpet, ceiling tiles, another wall)
See Fright Night on Friday (the remake!)
Teach Steve's dog to sleep at the foot of the bed instead of with his butt against my face
Get my MFA in Creative Writing and teach at the college level
Have a baby (I'm pretty sure that goes without saying these days, but in case you haven't read anything I've written on here in the last ... three years...)

There's a nice bunch of random thoughts for you. Pieces of the puzzle called 'Stephanie'. I'm going to go take a hot bath and read. Maybe the bleach has cleared out by now...