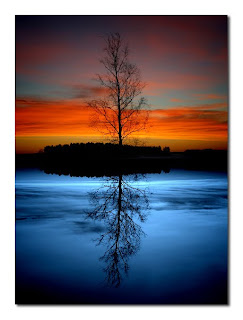 The weekend has been busy, as most of them are. Friday was dinner and the Blue Chip with family, Saturday was some much-needed sleeping in and a concert (was supposed to be two concerts, but we missed the first one accidentally), and today has been church and lunch thus far. Have to take Michael to work shortly and pick him up later. I'm over the trepidation of kids getting drivers' licenses after our first one went through it, so at this point I'm rather hoping he gets his sooner rather than later and gets himself a decent car. He's done his book work for drivers' training, now he needs his permit and his driving time, then he can get the license. Hopefully, by then, he'll have enough money for his first car like Zachary did.

Church was great today. My cousin Erica and her three kids came and met us there, and they all seemed to enjoy it. Hopefully they'll come back again next week. I highly suggest if you live anywhere within an hour, check out Granger Community Church and, if you don't, you can always watch the video or live feed on the website (just click the link). I always feel refreshed when I get a chance to go. Also of note, a couple of very good friends of ours will be getting baptized in a month! They go to the Elkhart Campus, so we'll be traveling there to see the baptism and be there for them to start their new life in Christ together.

I made an Oreo No-Bake dessert, and it's in the refrigerator right now calling my name. I can hear it. "Steeeeephaniiiiiie..." it whispers. Kind of like it's being spoken in Parseltongue and only I can decipher it. I have a compulsion to go to the fridge, pull it out, grab a spoon, and bring it in here to devour all of it while no one else is paying attention.

Aria wants to get her hair cut. *HUGE SIGH* It is so long, and so beautiful. I can understand her desire, because marching band starts next week and she'll be outside in 90+ degrees every day, but I really wish she'd reconsider. Yes, she'll donate it to Locks of Love for those of you who are wondering. I can never get my hair to grow that long again. It was down almost to my rear end when I was 22, and I cut it to my shoulders, and it's never recovered since. I just don't want her to regret her decision when marching band is over and her hair is gone.

Well, I don't have any philosophical jargon to spew today, so I guess I'll cut this short. (See what I did there, with the haircut paragraph and the segue into this one? "Cut this short"? Huh? You see?)

I hope this new week brings everyone great joy, or at least rains less of a poo storm on all of us than it did last week.