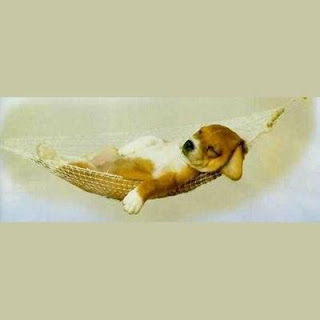 "Today I don't feel like doin' anything, I just wanna stay in my bed." -- Bruno Mars

Okay, so it's not completely true, but it describes my happy weekend feeling. The last two days were very busy, so today I got to sleep in (ish). The dogs, who do not understand the concept of sleeping in because they don't have jobs and kids, needed to go outside at 8:00 this morning. Actually, even 8:00am is sleeping in for me, but I was thinking more along the lines of 11:00 or so. That's why I came back to bed. Sundays I like to linger, be lazy, catch up on my small amount of reading I can accomplish in a week, work on my writing, have a gigantic cup of coffee, and then start my day, if there's any of it left.

Friday night, I got off work and came home so Steve could sign his check and I could get some cash for our trip yesterday. He was not feeling well on Friday, so he took a much-needed day off (he gets perhaps one of those a year...) We got some food, and then our daughter had her opening night performance of "High School Musical". My mom and little sister and boyfriend came to see it, and Savannah brought her flowers and a card which was super sweet. Aria did a great job -- she's very lively and animated on stage, even when she's not the center of attention. She is in character all the time which, as a director, is something special to find in an actor.

Saturday (yesterday) Aria had to be at the school early for Academic Superbowl -- her group did a great job! Then we left for Merrrilllvilllle (I never know where the Rs and Ls are supposed to go and how many there are) to see Zachary's symphonic band play in the state prelims. They did a great job! Then we took him and two of his band members who are also in choir over to Valparaiso for their concert choir performance! It was a busy day, a lot of driving. We dropped them off, grabbed some food, and came back to watch what was an amazing performance! Zach and Michael are both in concert choir, but Michael rode the bus with the choir kids since he is not also in band. Their dynamics were incredible, and their performance was not only worthy of making it to state, but of WINNING state, so I hope that happens next week! Then we left, homeward bound. We went to church, and Savannah and her boyfriend joined us. It was an incredible service, and I highly suggest that you click on that link and watch it sometime this week -- Ashley Smith, former hostage victim, tells her whole story, and believe me, it is amazing! Then we left, picked Aria up from her last performance at the school, rented the third Harry Potter movie on Blu-Ray, and came home.

And today, I don't feel like doin' anything! [insert whistling]

But, here I am, writing anyway. What I really *do* want, though, is to spend some time outdoors in the sunshine because who knows when we'll get more of that? It seems so rare these days. I might take a walk after a bit and just soak up the rays. I have some seeds I can plant now that, hopefully, the threat of frost is over. I'd love to go to the park and write some more, perhaps. I always love spending time there when it's warm enough.

Sadly, I have laundry to do, and I have to take a shower because even on my day off I can't stand going without one.

But right now -- I'm still in bed, drinking my coffee, and reveling in the fact that, if I really don't want to, I don't HAVE to do anything today!

Stephanie Jean
Posted by SJS at 9:36 AM