Something to Look Forward To... and How to Survive the ZA 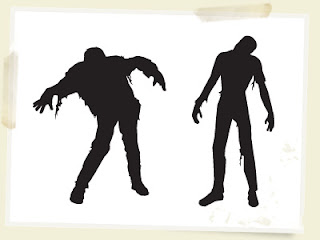 Retirement. Yes, I'm 34. Yes, I have to work for probably 50 more years to get any Social Security, *if* there's any available in my future. But I'm seriously thinking of getting a huge piece of posterboard and putting a little box for every day of my life until retirement and checking them off, one by one, for however long it takes. If I'm lucky, it'll fit on a piece of posterboard if I make the boxes 1/16th of an inch... but probably not.

We celebrated the impending retirement of my father-in-law this evening at the Essenhaus. This is a restaurant with homestyle Amish food where you gain fifteen pounds just by walking in the door, without ever having consumed a single bite. I loved every moment of it. I love my in-laws -- they are like my own family. From the first day I met them nine years ago, I've felt at home with them, like my own parents and siblings. Tonight, we had our own room in the restaurant and were served a family-style meal (where they keep bringing it to you until someone vomits, sobs, or explodes) of broasted chicken, mashed potatoes and gravy, corn, baked roast beef with gravy, noodles and... we got to choose our own dessert. I had peanut butter pie. Then, Beth gave me the rest of her peanut butter pie, which made me sort of fall in love with her a little bit. I can foresee some free babysitting in the future :) Zachary started to do his Cartman impression: "I cannot possibly eat one more bite of this chocolatey goodness... oh, wait, yes I can!"

So, we've been watching the series "The Walking Dead" on Netflix. It has pros and cons. The makeup is incredible, and the possibilities for the show are endless because, if you notice, most zombie movies end with the fact that there are still zombies. There's no real closure. The show is great because it doesn't have to end. It can keep continuing a saga of zombies until they're all dead, or the characters get smart and do what I would do in the case of the Zombie Apocalypse (hereafter referred to as ZA). Don't worry, I'll get there in a moment. But first, the cons: it's on television and not HBO, so it can't be as graphic as it could be (though I'm pretty impressed with how realistic things look thus far). A couple of the actors aren't so great. But the main character (at least, the guy I perceive as being the 'main' character if you can have a main character in an ensemble cast like this...) has no clue what to do during the ZA, and I get irritated with him on a regular basis. You can tell when I like a show, because I talk to the characters while it's happening.

Okay, so here's what happens during the ZA. The first thing you have to know is, if a family member is already a zombie, or has been bitten by a zombie, do not bother with sentiment or nostalgia. They're already dead. Decapitate them immediately, cut your losses, and move to the next step. You want to be sure you arm yourself with the correct weapons. Don't bother with weapons that are one-shot/difficult to maneuver and reload/can't put a hole through the brain of a zombie or decapitate them. Look for semi-automatic weapons, a good lightweight axe with the sharpest blade possible, and a heavyweight sickle. A small crossbow isn't a bad idea because it makes no sound, but it shouldn't be your only weapon, as it takes longer to reload. Your mission is not to kill as many zombies as possible, because you won't have enough ammo, and you don't want to risk getting yourself in a jam where there is a swarm of zombies and you'll inevitably get your own brain eaten. What you should focus on is getting to a place where there are relatively few to NO zombies. If you can fly a helicopter, or know someone (alive and nearby) who can, get to a helicopter or small plane. Load up: ammo, seeds, dried fruit, nuts, jerky, water bottles, toolbox, flashlight, batteries, a few chickens (live), a couple of goats (male and female), swiss army knife. Best possible scenario, you fly to a small island in the middle of a lake/large river/ocean if possible. Not a tourist island, an uninhabited island. You secure the island of zombies, build a shelter, plant the seeds, breed the goats, harvest the eggs and milk and, when the goat population picks up, the meat. You're all set, regardless of what happens outside of the island. You can put the nightmare behind you, because zombies can't swim. I've been preparing for the ZA since age 4. But do not attempt to align with me unless you follow my directions exactly, because I will not accept baggage, nor will I save your dumb butt if you do something ridiculously stupid.

Yes, I've given this entirely too much thought.

No, I don't have too much time on my hands, I just have an overactive imagination.

But what's got two thumbs and will survive the ZA?