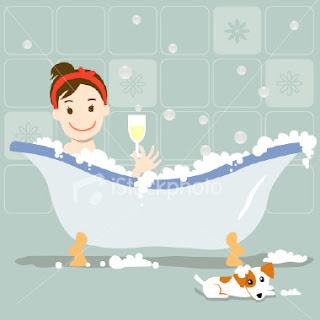 Today was pleasant. Right up until the moment I found out I had a nearly-flat tire, and had to drive it to the gas station to fill it up before I took it to the Tire Star in Middlebury (who, by the way, if you've missed the posts before this one, ROCK!) Hopefully they'll also be able to fix the brake light that's out at the same time, though I'm not sure if they do that there or not. I know, I can probably just buy the ten cent part and do it myself, but I also know myself well enough to know that I'm probably not going to do that because I'll never get around to it.

This evening, I had a coupon for a free meal at Rulli's, so Aria and I went over there and shared some ravioli and french fries. Besides my dad's, they have the best hand-cut fries I've ever had. No ketchup necessary, and I do not say that lightly, my friends. This is a girl who would eat ketchup with a spoon if it were socially acceptable. Anyhow, Aria and I discussed an article that we're going to be working on together for the next submission to Family magazine -- it's for the May issue, which is all about moms. I must admit, I feel left out sometimes on Mother's Day, so I'm taking this opportunity to embrace the relationship I have with my kids. (For those of you not privy to this completely unclassified information, my kids are my stepkids, even though I call them my kids. I'm like the seagulls in Finding Nemo. "MINE!") She and I are going to write a few questions down and sort of interview one another about the stepmom/stepchild relationship... what works, what doesn't, what we appreciate about each other, etc. Then I'll craft it into an article, and she will be a co-author. How cool is that?

The boys are at rehearsal for Northern Lights, Steve's watching Chicago Code (which I tried to get into, but just couldn't). And I have time for one of my favorite things: a nice, hot bubble bath. I have to take it without the coffee I usually have with me, because it's too late at night for me to have caffeine. I'll catch up on some reading and just soak in the happy goodness, because tomorrow I have to open the shop and Steve has to close, but since we have one vehicle until the tire is fixed... that's right, we're both working open to close. Hoorah. (I once again agree with whoever said there should be a sarcasm font.)

This weekend held some massive movie-watching. The following is a quick recap/review/grade for each of the movies we saw:

2. 127 Hours: Better than I thought it would be considering 3/4 of the movie is James Franco unable to move, B-.

3. Due Date: I love Zach Galafianiasdkfljowiakis, and RD Jr. was good as always, not as funny as I was hoping it would be but more sentimental in certain places than it needed to be, and slightly longer than it should have been, C+.

4. Winter's Bone: Very slow, short on storyline, good acting and bad acting combined, but I kept watching despite myself so it must have had some redeeming value, and I didn't hate it, C-.

Thanks for listening, this has been your teeny-tiny movie review.

Mmmm, bubble bath. My little sister often says there are few problems that can't be solved by a nice, hot bubble bath. She is a wise, wise girl.