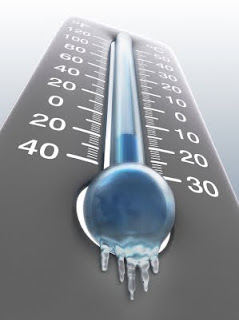 I'm taking the day off because God said so.

I semi-slept in today, not as much as I usually do on a Saturday, but enough so I feel refreshed. I weighed myself for the first time today since fasting and I've lost 3.5 pounds, but that's just a nice perk which I'm not going to cling to, since I know the moment I'm done fasting and put one ounce of food in my belly, I'll just gain the weight right back. I do appreciate the lighter feeling to my midsection, though -- I was bloated and uncomfortable before, and this is just one more part of me that feels lighter.

My mind and my heart and my spirit are the focal points, however. And they all feel lighter, too.

Today our daughter has a band performance at the IMEA contest, then we have church tonight and perhaps some karaoke, I'm not sure... I could use a good night out after the weeks we've been having, that's for certain.

I keep hearing that the weather is going to get warmer. I hope this is the truth, because I'm not sure how much more snow/ice/cold I can stand. There is a certain point at which it is beautiful (December) and a certain point at which it becomes annoying (January), and a certain point at which it becomes blatantly ridiculous (less than a week before my birthday). Although the worst was, in Ann Arbor one year, I planted some Morning Glories on May 14th and it frosted overnight. IN MAY. Ann Arbor's beautiful, but, like Chicago, it's one of those places where, no matter where you are or what direction you're walking, the wind is blowing directly at you and it makes it about 20 degrees lower than the actual air temperature.

Thoughts and prayers to all involved in the earthquake/tsunami situations.

I suppose it's time to get myself up out of bed for a shower. I've been up, but it was just to get coffee and lay back down. But it's okay. I'm taking the day off because God said so.

Stephanie Jean
Posted by SJS at 7:41 AM