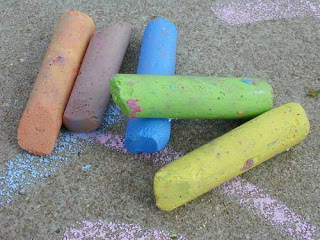 So, I've been sent a very inspiring link from a close friend of mine. It's about a girl who self-published and ended up getting a $2mil+ deal from a publisher last year. The parallels are kind of interesting. Her story says things like, "She's never not been a writer", "Everything else she's done has just been to pay the bills while she writes", and she even has a blog on Blogger, which is what I have (see? You're reading it right now! YOU could help make me a millionaire!) There are a few ideas I've gleaned from reading what she has to say about things, all of which I hope to incorporate in my own marketing strategy. Therefore -- sigh -- I might start a Twitter account (I can feel myself internally moaning even as I type this. The whole idea of joining Facebook annoyed me, and Twitter is just Facebook Light...) But she said that all these different social networks gave her so much exposure, and lowering her book prices helped tremendously. I think I need to put a few more things up on Kindle (which is how she was making her money, too) and just put very low prices. In November, I get the rights back to my first novel, and I'll put it up on Kindle immediately, then. But I also have some short stories and some other things that can be put up for sale as well. If I have a low price point, like $1.99, then I will have many more sales and word will spread if people think it's any good. The goal right now isn't to make millions of dollars. The goal right now is to show the world that I can write and, if they like it, then maybe I can write full time and at least pay the bills that way. Don't get me wrong, I'm not saying I'd TURN DOWN millions of dollars. There's plenty I could do with all that. I just want to be realistic, because I'm sick of being disappointed in myself. I know I can write. I know I'm somewhat good at it, most of the time. To say that I think I'm a fabulous writer and that I deserve to be on the bestseller list right now is a flat out lie, and even I don't believe that. I have a long, long way to go. The support of my husband and my family is what I deserve, and I am so thankful that I have that!

Last night, we went to see my brother's new band, Red Hot Voodoo, play in Elkhart. I was so excited for him! I've listened to him play his guitar for years, honing his style. He taught himself how to play when he was a young teenager. Being seven years younger than him, I would follow him around like a puppy dog. I guess you could say I was his first follower, haha! I would ask to play the guitar, and sometimes he'd let me (which is saying a lot for a teenager... I'm so proud when I see our Michael letting his little sister play his guitar!) But a lot of times, he'd just let me sit in the room and listen to him. I'd always request "Stairway to Heaven" because my young ears thought it was so pretty. Now his style has drifted to the rockabilly side of the spectrum, and I really enjoyed watching him perform on stage. I'll keep you guys posted and let you know the next time he has a gig. It would be great to see more people come out to support the band! Besides, who can turn down some Stray Cats? Not me, I assure you.

Aria and Zachary both performed yesterday morning at the Northridge Annual Pancake and Sausage breakfast fundraiser for the band. It's very emotional for me every time I see Zachary perform this year. I keep looking at him, thinking how fast the time went, and how this will be one of the last times I see him up on stage as a high school student. I know he has a great life ahead of him, and I'm so proud of him. But tears well up in my eyes just seeing him up there, how tall he's gotten, how much he looks like a man... I can still see the little fuzzy headed boy with thick glasses looking up at me while we were bowling the first time I met him. My heart aches, but it's excited for him and his graduation and his future, all the same. Thankfully, Michael's still a junior so we have another year before I have to go through it all over again, and Aria will have four years of high school, four years of marching band performances, four years of Heaven and Hell mixed together under one roof for all of us to go through. I wouldn't relive my high school years if you paid me, but living it vicariously through our kids isn't so bad!

I just finished writing an article on being a step-parent, and I have two more articles coming up for the Family Magazines for which I'm being paid, so that's exciting news. It's strange at 34 years of age that my dreams are just now beginning to take some sort of shape. I remember when Steve and I started dating, I had some sidewalk chalk that I think my little sister had given me, and I wrote on the deck of my second story apartment one night, "All my dreams are coming true!" with a little rainbow and cloud. I have a picture of it somewhere. Life has been pretty hectic, sometimes heartbreaking and sometimes fantastic over the last decade, but I'm in a place where I've never been happier, and good things are starting to beat out the bad things. Who would have thought, in a tiny little one-bedroom apartment with sidewalk chalk, I could have been so right?