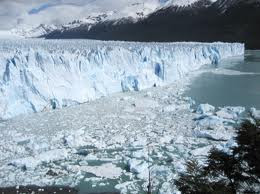 I launched an attack on the frozen snowdrift in my driveway yesterday after work. Well, let me start earlier. I opened the coffee shop (wake: 5am, open 6am) then stayed after I got off at 1pm to help Steve close (close 4pm, left 4:40pm). Went to the bank, then drove home. I remembered that I had a very difficult time getting out of the drive because I had to back around Zachary's car and the snowdrift at the end of the driveway had been plowed into the drive, then had frozen over, and I had to pull in and back out again before I could get around it. So, with a 'digging a hole' shovel (you know, the pointy kind that has some other name besides a 'digging a hole' shovel), I attacked the frozen drift with a forceful, downward motion. While I'm doing this, Steve comes home and tells me that the mailman refuses to deliver our mail unless we also forcefully attack the plowed, frozen drift in front of the mailbox as well. (This is where I interjected that if he could deliver the piece of paper into our mailbox that said he can't deliver mail, he could very easily also deliver the mail.) However, I attacked this drift as well. We'll see if it made enough of a difference to the mailman by whether or not we receive any mail today. By the way, I am so utterly sick of this subzero temperature and these icy shenanigans from above that I am more than ready to take my hairdryer and an extension cord and melt my entire lawn. If it weren't my day of rest, I would do just that.

Last night we took the kids to the Opera House to see Music Man Jr. Since I bought the last five seats in the house, we didn't get to sit together, but I think everyone enjoyed it anyway. I sat a couple of rows behind Steve and I could tell he was really enjoying it. He loves the Music Man. I know this because every single time, without fail, that someone mentions the Music Man, he turns to me and asks me if I've seen it. When I say 'no' (as I do every single time, without fail) he tells me it's a classic and then asks me to watch it with him. Part of why I haven't is just to see if he will continue to do this for the rest of our lives, or if someday he will remember that I have not seen the Music Man.

Today consists of some wonderful sleeping in which has, in my old age, become my favorite past-time. Grocery shopping and church later, and probably dinner here at home with whatever goodies I bought while grocery shopping. Then tomorrow, some more sweet sleeping-in. I have to catch up on the weekends since I don't get much during the week.

Monday is Valentine's Day. I'm slightly more prepared than I usually am. At least I've purchased a card and a small gift to go along with the larger gift that I want to buy. I love cards. LOVE them. Not just picking them out and giving them, but receiving them, too. I know it's stupid, but just knowing that someone took the time to find a card that reminds them of me, that they know me well enough to know what will make me laugh or touch my heart... I guess there's a little of that girly stuff in me after all. Right after one of our first couple of dates was my birthday, years and years ago, and I woke up and opened my apartment door to go down to Amberly's apartment, or something, and there in front of my door was a small package with a card in it from Steve. (I didn't know it was from him until I read all the way through the card. Before I opened the card, I thought it was from Amberly because we lived in the same apartment complex, and when I started reading it I thought it was from another friend because the handwriting was so similar.) But anyhow, it was so thoughtful and perfect, and the fact that he knew me that well after just having gone on one or two dates, well... that was fate, I suppose. He wrote a whole letter inside the card, too. (Maybe HE's the reason I always look forward to cards, now? That just occurred to me. Looks like he's set his own bar, haha!)

I'm taking a day off of work next week for a much-needed mini-vacation. I'll be leaving on Tuesday from work and getting back on Thursday (which I switched around my houses to clean so that I had availability that day, too) so I only had to take one day off of work. Not sure if I'm taking the laptop to blog and write with, or just unplugging myself completely. Decisions, decisions.

My mind is always restless when it's stressed, and I've been under a tremendous amount of pressure lately. At least, it feels like that when things are tense at work. It spills over into the rest of my life, and I've always hated it when that happens. I don't want to take out my anxieties on other people, especially my family. I want to come home and have it be a safe haven for everyone, and I certainly don't want to be the one who makes it otherwise. There've been a lot of prayers going up (from me) to just keep my cool, be calm, be patient. It's difficult, though, because by the time I get home I feel like any little thing can set me off.

I want to be a writer when I grow up.

Time for my shower so the 'real day' can begin. Noon seems like a good time to start a day.

Stephanie Jean
Posted by SJS at 8:21 AM