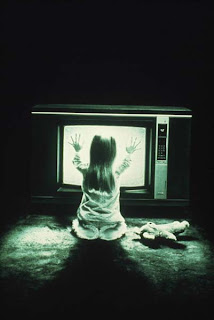 Hey, peeps. So, I was gone for a couple of days. I know you may or may not have noticed, since sometimes I don't write for a few days even though I have no good reason. I had a good reason this time. But I'm back. I know, you missed me terribly and your life wasn't the same.

I'm catching up on some shows that I missed while I was gone. Harry's Law, which is pretty awesome thus far (I really like anything David E. Kelley does), Glee (can't miss it!), Parenthood (which I'm still waiting to watch) and American Idol (which I'm having to sit through right now because it was also taped, though I despise group week... it's at least nice to sit here together as a family).

Next week is going to be my personal boot camp. I'm going to kick my own behind back in gear. No Facebook, no junk food, no lolling about. I'm exercising, eating right, drinking water, staying active, and losing some stinking weight because let me just say that sometime over the last couple of days, I put a bathing suit on my body... and I am not going to do that again until this summer, when I no longer look like a heifer. I was hoping that for last summer, but instead of trying harder to lose the weight, I just avoided the beach. That's pathetic, and I have no good excuse for that. I need to get this excess weight off of my body, and I need to do it sooner rather than later. So... my own personal boot camp.

I need to get back into writing, as well. Not just on here, but working on articles and such. I'm caught up with everything that's expected of me thus far, but I still have some things I could be doing. I started making lists again (soooo helpful!) of things I need to accomplish. That normally gets me cranking along, so hopefully next week will be a good start.

Can I also just say that God's been answering a lot of prayers lately, and I sure do appreciate it. As Marla would say, "big ups to J.C." Thanks, Big Guy.

By the way, check out my friend Andie's blog:

I have a chance to win something cool by posting her blog on my blog, but I'm not just doing it for that reason -- Andie's one of the most fantastic people I've ever met, and I love her lots! She and her husband have nine children between the two of them, and her blog, "Ours+His+Mine=Nine" should totally be the prelude to her own reality show!