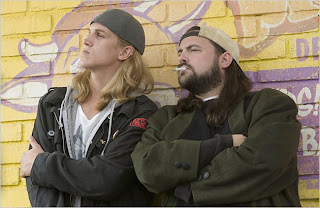 Wednesdays are a mixed bag. I usually work early, it's always busy for some random reason, but I do well in tips and get out relatively early. Today I called my best friend after work to see if we could have an impromptu 'Kitty date' as we call them (it's our goofball nickname for each other since we first met, and if I explained it to you, you'd just think we were crazy which we are.) Our Kitty date consisted of chatting, getting haircuts for her boys, mini-grocery shopping, eating Pez, making baked oatmeal in a roundabout way, and running up and down the halls of her house with kids on my back while they hollered, "THREE MORE TIMES!!!!" (Why? Because one or two more times is simply not enough when you are five and two, I say!) And I had a blast. Why? Because it doesn't matter how long it's been since we talked, or what's happened in between. We always pick up where we left off. It's great to have someone like that, and she's my someone like that.

After waking up at 5:30, working, and running with the monkeys, you'd think I'd be tired at 11pm. (You'd also think that the plural of 'monkey' would be 'monkies', because the plural of 'money' is 'monies'. But you'd be wrong.) I'm not sure why I'm so vividly awake right now, but here I am. The week is more than half over now, to be precise. At least, the work week is. Tomorrow I clean two houses and do my own grocery shopping, then spend the evening with my mom. Her birthday is this weekend. She will, once again, be 39. In a few short years, I'll be older than she is, and I'll have to go back to being a teenager (a thing which I would never do in a million years if I had the chance.)

I'm feeling... something. I can't quite put my finger on it, though. Believe me, I've tried -- there's something nagging at me that won't let go. It's not physical. I think it's a combination of emotional and spiritual. It's like an itch somewhere in my soul. It's not unpleasant, or uncomfortable. It's not depression, or sadness, or anger. It's not bitterness or resentment. It's not even really a drive to do anything in particular. Something's just ... well, it feels like there's a very small chicken in my heart trying to peck its way out. I don't hate the feeling. I'm mildly intrigued by it, to be honest.

Could this be some kind of growth? (Not the lumpy kind, I mean 'growth' in a more intangible sort of way.) Normally, at this juncture in my life I would feel a desperation for more. Being more, making more money, doing more with my life. And sure, those things are always lingering inside, but I don't feel compelled. I feel much more content than discontent. (And let me tell you, this winter is so awful that if any time were the time to say it's the 'winter of our discontent', THIS would be the winter!) Maybe, for once, I'm not allowing myself to get overwhelmed by everything negative, and I'm focusing on the blessings. Maybe this is what it feels like to just live each day, to just be.

I'm not sure how I feel about that.

Nope, I can't move on because I have nothing more to say in a public forum. So many thoughts are traveling through the murky pod that is my brain, I can't even catch one and put it into words. So much for being a writer when I grow up.