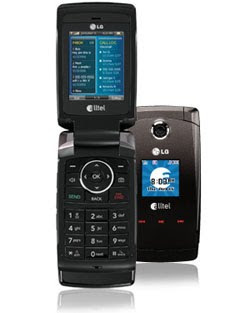 All right, I've finally reached the day that I cannot wait until this stupid Bootie Camp idea of mine has ended. Yesterday, I failed. I did not walk. I still did my jumping jacks and crunches, I still avoided sugar (yes, Bill, I even avoided Slim Fast), and I had a Mexican fiesta dinner of ground turkey and fat free refried beans with taco seasoning made into a Mexican pizza in the oven, and some chicken and rice as well. I've been drinking a lot of water this week, and I'm feeling much lighter than I have in recent days. I didn't get to the gym yesterday, either, and that was the upsetting part. I only made it to the gym one day out of the two that I said I'd go. Today I had a cup of Steve's homemade four-cheese macaroni and cheese because, for the love of God, I cannot pass it up. I would've eaten a massive plateful of it if I had not been on this diet. If it's still there on Monday, I can't make any promises.

Zachary is house- and dog-sitting for a friend of ours this weekend. Hopefully nothing alive will die and nothing expensive will get broken.

P.S. Dump Your Boyfriend is playing at Rulli's tonight, and I don't even have the urge to go. For one thing, I'll have a few drinks and that is definitely NOT a part of my Bootie Camp, but for another thing, I'll want to dance and it's not fun to dance if no one's dancing with you. Then it's just "look at the crazy girl out there dancing by herself". Me no likey.

We finally dropped Verizon Wireless. The reason? Ridiculous prices. I was paying $104 a month for two lines, 1400 minutes of talking. No texts, no picture messaging, no ringtones, no 411, no internet, no fancy-schmancy touch-screen bling. Now I am paying $60/month for 2000 minutes between two lines. Do the math. And the kicker? It's on a Verizon network. Which means I get the exact same coverage nationwide. Verizon Wireless = Big Fat Jerks. (This is my phrase of the week.)

Can I just say that there's something to be said for beautiful snow, but there is much more to be said for getting it the heck out of my life now that it's almost March?

I got to talk to my little sister today for awhile, which is awesome because it feels like forever since I had a conversation with her. I just adore her. She reminds me a lot of myself in so many ways, but yet she is so very much herself and I admire her for that. She's not afraid to be who she is, which is much more than I can say for myself at that age. Or until I was probably in my late 20s. Sometimes I still hesitate to be myself.

We got our tax returns back today! I'm doing little happy dances because now I can eliminate almost all of our debt. We'll pay our tithes, then get rid of our air conditioning loan, Steve's credit card balance, and most of mine. Maybe when Bootie Camp is over I'll treat the fam to B-dubs, too... w...i...n...g...s....

That's enough of that. It's counter-productive.

Have a nice sandwich. I mean, day.