Well, it's been over 24 hours since a book sold. My initial elation has turned to frustration at the stagnation. Those of you who ever watched Adam Sandler on Saturday Night Live remember Cajun Man, so whenever I use a noun that ends in '-ation' I hear him saying it. I literally hear Adam Sandler doing a very bad Cajun accent in my head. Not my own voice. That is correct. At any rate, I'm feeling sort of the same way I feel after the grand finale at a fireworks display. There was all the build-up, the excitement, driving to the field, finding a parking space, pulling out the chairs and blankets, bringing snacks, listening to the music build up and then the fireworks display which is beautiful, especially the purples and the greens, and the absolutely fantastic grand finale - and then it's over, and you have to pick up all your junk and go back to your humdrum life. That's how it feels to sell nine books in a row and then none for 24 hours. Now I have to figure out how to market the darn thing, and we all know how much work that is. The alternative is to continue writing, producing books quickly, and sell them on Kindle to the same nine people that bought this one. Chances are, though, that at least some of them won't like it, so they won't buy the next one. 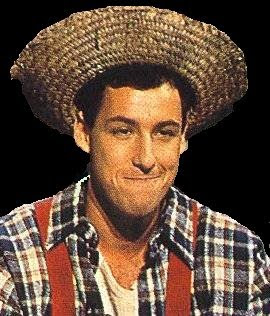 The Kindle market is tough. It's cheap to download books, the software is free, but it's a limited audience, and an even more limited audience that have the Kindle or the software and are actually interested in a book of poetry or short stories. At least, that aren't my family or friends. There are like, four other people out there that might purchase the book that didn't go to school with me or share some of my blood. So if you meet one of those four people, can you please tell them to check it out? That would be so great, thanks.

Today I opened by myself. I did it almost correctly. A bit overzealous, I did something I thought I was supposed to do, but turns out I wasn't unless it's a Monday. On the flip side, I forgot to do something that we didn't do on Monday but that I have to do all the rest of the days. I didn't poison anyone, though, and I didn't burn the place down, so that's a plus. I've worked more in the last two days than I used to work in a week when I first started. It was kind of nice, though, after the initial shock wore off, to just be working with Steve. He's all right. I guess I'll keep him. I came home and used the snowblower for the first time which was reallllllly cool. I might get some crap for doing The Man's job, but it's worth it to have used it once. It's like a lawnmower, but way more fun. I wanted to snowblow the entire yard into the neighbors' yards. That would've been kind of cool. I also wanted to take it into the backyard and blow snow at the dogs. Nikita said it was okay, but Doobie was pretty uncomfortable with the idea.

Zach got his SAT scores back. I haven't talked to him about them yet, but I see them on the counter. I'm hesitant to say whether he'll get into Ball State or not. I hope so, for his sake. I, of course, would rather keep him home for another year so he can take classes and work part time and... well, be here. I'm not ready for him to leave yet. He still seems so young to me. It's not that I don't want him to have any freedom, of course I do. And I trust him not to make any large mistakes of, shall we say, 'character'. I just... I don't know. I look at him and I see a very tall nine-year-old boy who should be asking me to take him bowling, not driving to the bowling alley himself in his own car that he bought to have dinner and hang out with the guys and spend money he made working at his job that he's had while he's been a senior in high school. GAHHHH! See how all of those things just strung themselves into a nightmare!?

This evening holds some good things -- we're getting "The Social Network" on Blu-Ray which we're all kind of psyched to see, we're having dinner together, and this portion of 'we' is going to take a hot bath and go to bed early. Being the opener at work sucks my big toe. Hats off to my husband who has done it by himself for a couple of years now. I did enjoy the peace and quiet, though, before all the customers got there. I think I would thoroughly enjoy working at a coffee shop as long as we remained closed at all times.

Thank you, and have a lovely day.