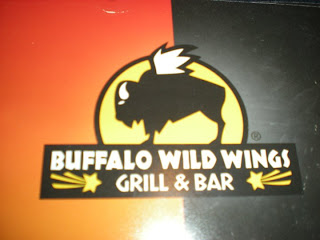 I'm sitting in the lobby at the School of Music at Ball State University, Muncie, Indiana. Our son is auditioning as we speak (well, rather as I type). He then has to take a couple of tests, and we'll be good to go. Again, I have mixed feelings. I want him to succeed, of course. I want all of his dreams to come true. I want him to be happy, and well-educated, and well-rounded. I also want him to be home, free from debt, and a bit more balanced before he goes off on his own. It's in God's hands, though. It's not what I want, and not what Zachary wants, but what God wants for him that will happen. If he doesn't get into the Music Department, he'll try again next year. If he doesn't get into Ball State at all, he'll go to Ivy Tech for a year and get all his pre-reqs done, and try again next year. I'm optimistic because there's not a bad outcome either way. If he goes, he'll do well and be happy, and if he stays, he'll do well and be happy. Granted, he thinks he'll be happier if he's AWAY at college, but he's a dang kid, what do they know? Haha!

But right now, I'm hungry! I could consume a couple of plates of ribs, fries, and wings at Buffalo Wild Wings if I could find one around here. I have the Muncie Munchies. It's probably because in the last two days, I haven't had a single meal. I ate a bagel with cream cheese and coffee yesterday, and a small bowl of corned beef hash and breakfast scramble mixed together, and coffee today. That is all. I'll bet if I didn't eat the rest of the night, I'd lose some weight when I weighed in tomorrow morning. Wings. Ribs. The only problem with BWWs is they don't have Mountain Dew. If they had Mountain Dew, I might never leave!

I'm trying desperately to finish reading Eat, Pray, Love. I can't extol the virtues of this enough. She has written exactly what I felt when I was going through my divorce, and in the time period shortly thereafter. My feelings are echoed in her prose, over and again, and part of it is heart-wrenching because it takes me back to a sad, sad place. Another part of it is uplifting because I have always wondered if there were other people out there like I was. I didn't hate my ex-husband. I don't hate him today. We were just absolutely terrible for one another. I have no doubt that I loved him at some point, but it was not the love of a marriage, of a wife for a husband.

That felt maudlin, but it wasn't meant to be. I apologize if it came off that way. But I'm telling you, read this book. If you watched the movie already, even better -- the book is 100X better than the movie, and I liked the movie!

Not much more to report today. I'm hoping the theory test goes quickly, and well, and I can get some nummies in my tummy.

Mmkay, have a great night, peeps!