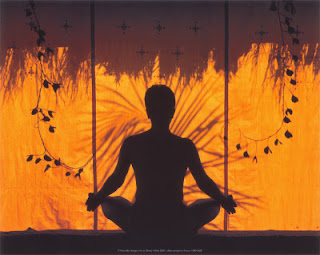 There are 26 minutes left in the day, and I don't want to jinx it, but I have to say that today was an extremely great day, as days go. At least in comparison to the last couple of weeks. My loving husband got up with the dogs at 5:30 this morning, and I got a full night's rest. I woke up at 10:00 to weigh in and find that I had lost four pounds this week! I did some yoga on the Wii, then made a healthy breakfast for those of us who were awake. (Zach was still sleeping, and I don't blame him! He's on the go constantly!) I made mostly egg-white omelettes with chicken and cheese, and I added a little onion and green pepper in mine (very little, just to try and get myself used to a little veggie-ness here and there), and tomatoes in Steve's. We had english muffins (which only have a half gram of fat), and orange juice. I had to have my coffee, of course. I can't quit everything at once!

I took a nice, hot shower and played Legend of Zelda on my just-for-me Nintendo (yes, the original!) and then Steve and I took a short nap. We got up to go to church, and it was perhaps one of the most moving services I've attended. There are no words. When this week's services are posted, you should just watch them at www.gccwired.com -- the end was just incredible.

After church, we dropped Michael off at his friend's house for a birthday party, and we debated whether or not to go to McDonald's, but in the interest of saving money and calories, I opted to cook dinner. I made homemade chicken nuggets and french fries in the oven, so there was much less fat and fewer calories then if we'd eaten at McD's. Then Aria and I went to karaoke at Sports-Time, and called my sister-in-law Beth to see if she wanted to go. We bought a couple pieces of awesome chocolate cake to celebrate Beth's birthday (which was yesterday) and we shared. I sang "She's in Love With The Boy" and "Somebody to Love", Aria sang "Temporary Home" and "Your Love is My Drug", and "Imagine" with Christi (my niece, Beth's daughter). Christi and Beth sang "The Climb". Everyone had a lovely time, and we came home. Aria's probably a bit wired from the chocolate and Mountain Dew (in fact, she might be on the ceiling if I were to peek out into the living room), but we have all day tomorrow to relax, watch football, and enjoy being together.

I have to say this... who gives a crap if the stars are misaligned and we're all a different astrological sign? I don't fit the bill of a Pisces or an Aquarius. True, I like water, but so do a lot of people. Just sayin'.

If I could change one thing about my husband, I would make him snoreless. I fully realize that 'snoreless' is not a word, even without the red line below it from the Blogger Grammar Checker. Also, Aria might not be the only one hyped up by the chocolate and Mountain Dew.

I'm going to read now. I could be up all night reading. I might get all of these books in my stack read by tomorrow. Too bad I'm not doing that 100 book thing again this year, huh?