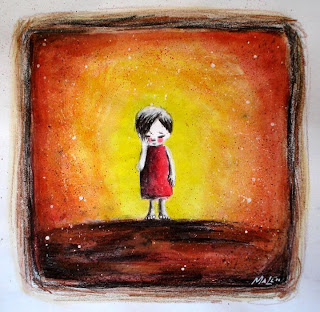 It's time for a major confession.

It's been a really rough week for me. It's been a rough month, but this past week starting last Sunday and promenading right through today has been particularly forceful in its roughness. It went right past rowdy taunting into blatant sarcasm, and today it just sort of sent an unforeseen sucker-punch to my intestines.

That wasn't the major confession.

Now THAT is a major confession.

I remember one point when Zachary was very young, and we were leaving church, and there was something he was arguing about with us in the van... something he wanted that we wouldn't give him, or whatever it was. He was sobbing and angry and he muttered, "I hate you guys." Something a parent never wants to hear. Because we're only keeping their best interest in mind by not letting them have what they want right then, right?

Because we all fail.

I failed miserably. As an adult woman, but also as a child -- HIS child. I've asked His forgiveness a hundred times today since that point, and I'm sure I have it. I know it didn't change anything. It was just a temper tantrum, really. The six-year-old little girl inside of me not getting what she wanted, tortured by an envious, covetous heart. (I know my failures. I can list them to you alphabetically or chronologically if you'd like.)

This link will take you to a song that perfectly describes the way I feel today. I am so utterly weary. But I know there is a God, and I know He is good. He is nothing but good. He's good like a parent who throws you out of the way of a moving bus. It might hurt really badly right now, but you should be glad you didn't get hit by the bus that was coming.

Here's hoping next week gets a little better. God knows it can't get much worse.