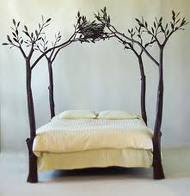 Okay, I'm officially exhausted. I don't mind the extra hours at work because I get paid by the hour, but I feel bad for Steve. He's on salary, so it's the same no matter how many extra hours he clocks. This pay period it was almost two extra days work of work. New schedule, and all. I wish I could have some of his hours and he could have a little rest once in awhile. I stayed after today and worked after I clocked out because it's Friday, and we don't work after sundown on Friday. If he were to have closed alone, he would've been there too late.

We rented "Despicable Me" on Blu-Ray and watched it while we had dinner together with Aria tonight. She and I made chicken spaghetti. When I did grocery shopping this week, I did not purchase any red meat. I'm bound and determined to infuse some health into this house if it's the last thing I do. (That sounded wrong...) I've lost a couple of pounds this week, thankfully. Weigh-in is tomorrow morning. I have to stop by my mother-in-law's and pay her for our entrance fees for our Biggest Loser contest (and my extra dollar from last week, since I didn't lose any weight!) Hopefully my awesome sister-in-law, Beth, will be there because today is her birthday and I didn't get to see her or talk to her. (Much of that is my fault, because I didn't leave work until after 5, came home and cooked and watched a movie, then came in to weigh myself and go to bed, and lo and behold, there was the calendar with her birthday on it... and now it's too late to do anything but Facebook her (which I did). I heart you, Beth! We'll celebrate soon!

"Despicable Me" was great, by the way.

Off to do my reading, which I always seem to be behind at. It would probably help if I weren't reading six or seven things at the same time. I finished "The Ragamuffin Gospel" by Brennan Manning about a week ago (I can't remember if I posted about it or not). It was quite good. A lot of the stuff they talk about at our church, how people don't know they matter to God, and they're trying so hard to earn their salvation, or earn His love, and how they already have it, they just have to accept it, and other so-called Christians are turning them away because of their holier-than-thou attitude. Manning is an alcoholic, several years recovering, and talks about that a lot in the book. I've started "The Shack", but I'm not very far into it yet so I can't say how I feel about it. I LOVE "Eat, Pray, Love"... the movie was good, but the writing in the book is far superior, so I'm glad I saved it until after I saw the movie. "Full Dark, No Stars" is Stephen King's new short story collection ('short' is a term used here to denote very small novels, as Stephen King has long since forgotten how to write an actual short story). I'm learning quite a bit from "The Bipolar Teen", and I'm also doing "The Love Dare" devotional (not as good as last year's, but some nice ideas thus far). I'm also reading "The Lonely Polygamist" on Kindle which I can't talk about until after Steve has read it, since he downloaded it and I'm reading it first. So I won't even tell you if I like it or not. (SPOILER ALERT: I DO.) Haven't gotten into the Apocrypha much in the past week. I'm looking forward to reading and relaxing as much as possible this weekend (in between football and church, in no particular order.)

I cannot get Katy Perry's song "Firework" out of my head since the girl performed it at chuch last week. Aria posted it on her Facebook, and of course her mother had something negative to say about the video. I just wish she could write something positive once in awhile to counteract the negative. It's frustrating. Aria's absolutely an incredible person, and I'm not just saying that because she's my daughter. If she were someone else's daughter, I'd want her for my own. Oh... wait...

(pause for dramatic effect in which you realize she actually IS someone else's, and I DO want her for my own :)

I realize periodically that my familial connections are bizarre when written out. If people don't understand that I have a great compunction for the words 'step-' or "half-" when added to my family members. I don't make a distinction. I don't feel that any of my siblings are "half-", and I don't feel that any of my children are "step-". I have a brother, two sisters, and three children. However, my three children have a mother, and two of my siblings have another mother. Sometimes I refer to my sister's mom, or my brother's mom. Sometimes I refer to my kids' mom. It's odd when written out. (Sometimes it's odd when spoken -- I remember meeting up with my sister and her mom at a craft show once, and I introduced my friend: This is my sister Jennifer, and her mom".)

I'm pretty sure I was going to stop writing and read for awhile. I should probably do that...

Have a wonderful weekend. It'll be spring before you know it. (In five months, if you live in Indiana.)